Back to Resource Center 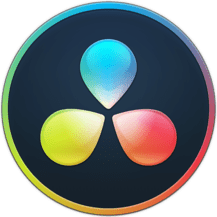 CalMAN needs to be configured to control the output from DaVinci Resolve at video levels.

Connect as a Pattern Generator

Note: To produce automated test pattern output, Resolve requires an open project with at least one image loaded into a timeline. This project can be one of your regular video production projects.

To confirm the IP address of the CalMAN Windows computer, in a Windows command window (cmd), enter ipconfig then look for the IPv4 address for the Ethernet adapter or the Wireless LAN adapter.

To open a Windows Firewall port in Windows 7:

To allow incoming connections through an active Mac firewall:

When DaVinci Resolve is running on a Mac computer, under OS X:

Note: CalMAN can also run on a Mac in a Parallels virtual Windows machine, but due to occasional USB device driver issues with Parallels, it is not currently recommended.

When DaVinci Resolve is running on a Windows computer: